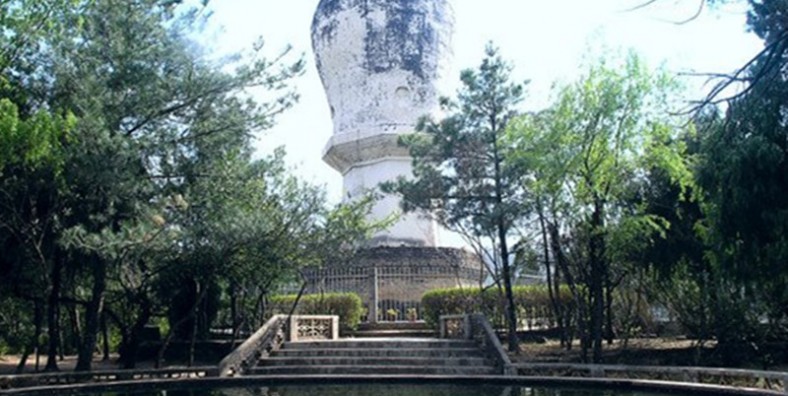 It is known that Dayao White Pagoda is the only one Tibetan style Lamaist Pagoda in Yunnan. It has an important position in the history of Yunnan ancient pagodas. After more than a thousand years of wind and rain, the Pagoda still stands. In 2006, the White Pagoda was announced as the sixth batch of key cultural relics protection units in the country.

Why is Dayao White Pagoda So Special

It is known that Dayao White Pagoda is the only one Tibetan style Lamaist Pagoda in Yunnan. It is 500 years earlier than the familiar white pagodas, such as White Pagoda of Beijing Miaoyun Temple(北京妙云寺白塔), the Lama White Pagoda of Tibet(西藏的喇嘛白塔), and the White Pagoda of Wutaishan Mountain(五台山白塔). It has an important position in the history of Yunnan ancient pagodas. The architectural mechanics principles of white pagodas are cleverly applied. After more than a thousand years of wind and rain, the Pagoda still stands. In 2006, the White Pagoda was announced as the sixth batch of key cultural relics protection units in the country.

Where is Dayao White Pagoda

Dayao White Pagoda is located at the top of Baodingshan Mountain(宝顶山) outside Xichengmen, Dayao County, Yunnan Province. It was built in 746 (the Tianbao Period of the Tang Dynasty). It is the only one white pagoda in Yunnan. It is a real example of the early stupa in Yunnan. It is the first provincial level key cultural relics protection unit.

Standing on the Wenbi Peak(文笔峰) 500 meters west of Dayao County, Yunnan, the White Pagoda with inscriptions and incantations carved all over its walls is unique. According to historical records of Yunnan Province, the pagoda was built in the Tang Dynasty and rebuilt in 1872 during the Qing Dynasty and again in 1975.

Dayao White Pagoda consists of three parts: an octagonal base with each side measuring 3.12 meters long, its main portion in the shape of an octagonal prism and a circular-cone-shaped top. It is a hollow brick structure. The walls of the eighteen-meter-high pagoda are covered by inscriptions and incantations carved in Chinese and Sanskrit. It is named White Pagoda because the entire building is painted with lime, which is white. It is also called Inverted Bell Pagoda (磬锤塔), because its upper part is bigger than its base. 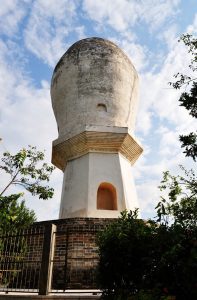 It is appropriate to visit Dayao White Pagoda at any time. Come here and enjoy the magnificence of the building.

Shiyang Confucius Temple
Shiyang Confucius Temple is located at the foothill of Xianglingshan Mountain(象岭山), built in the first year of Hongwu (洪武)(1368 AD) and rebuilt in the 37th year of Wanli (万历) of the Ming Dynasty. The Confucius Temple covers an area of 6,584 square meters. Its architectural style is laid out in the form of a courtyard of the ancient Chinese palace. It pays attention to the vertical and horizontal axis and the main building, that is, the main building is arranged on the central axis, and the ancillary buildings are placed on both sides to form the building groups with huge scale.