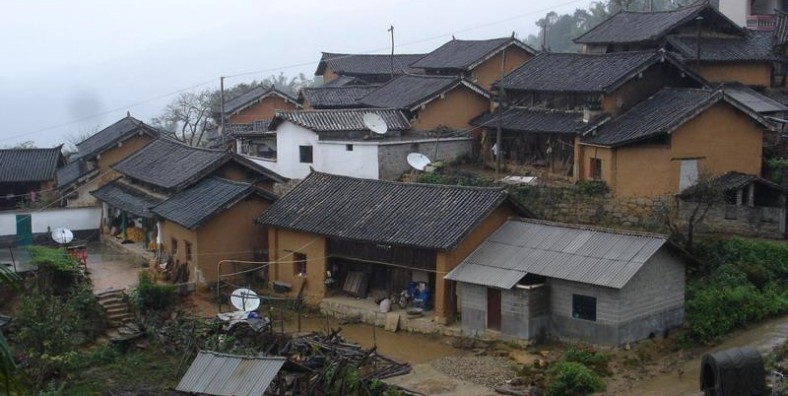 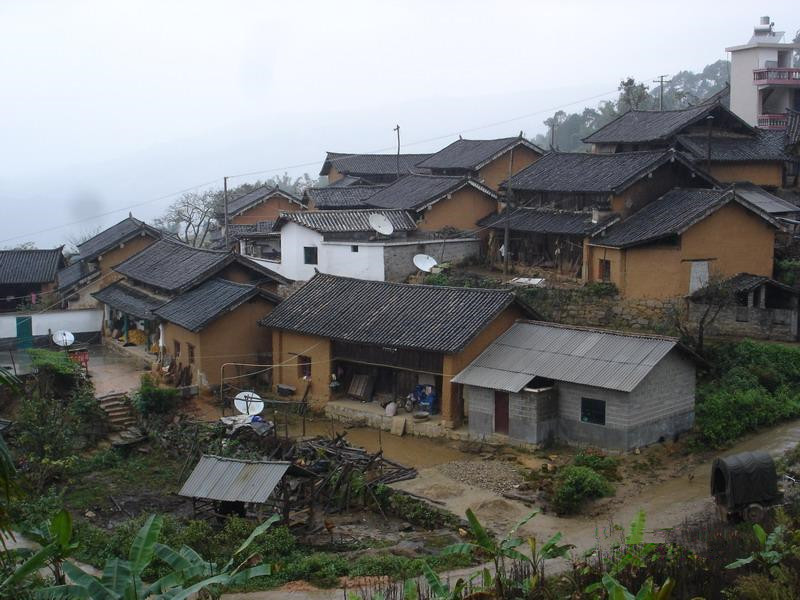 Donglai Village belongs to Haigong Administrative Village(亥公行政村), Mengku Town, is a mid-levels area located in the southeastern Mengku Area, 4.00 km far from Haigong Village Committee, and 26.20 km far from the town, which has an area of 0.34 km2, with the elevation of 1650.00m, annual average temperature of 20.00 ℃, and annual rainfall of 1900.00 mm, profitable for planting tea and other corps.

As early as the Ming Dynasty, The Tea of Mengku Banshan(勐库东半山茶) was already famous around. Many merchants came to Mengku yearly to buy the notable tea. Mengku large leaf-tea was called the “Outstanding Hero” in large-leaf tea by experts, and became the precious variety in Pu’er tea fans because it stands for the masculine beauty of Yunnan Pu’er tea’s special quality.

The tea strip is tight and like hair. The soup is bright and gold, smelling strong and lasting, fluid and tasting sweet, prolonged and tasty. The soup texture is full of masculinity, smells rich and has a distinct sweet taste, has a full, multi-level and lasting flavour.
Translated by Lu Wang/鲁旺