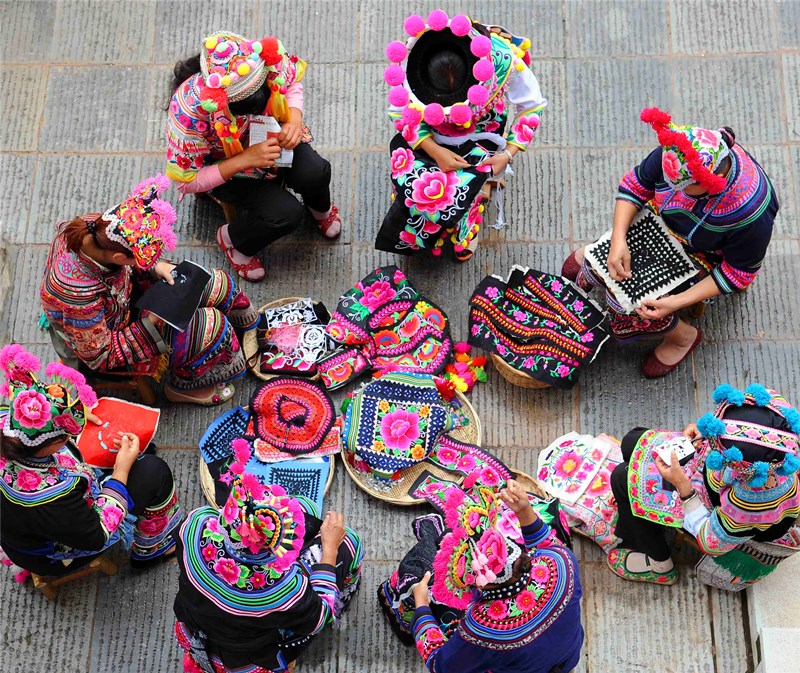 Featuring unique patterns and sophisticated techniques being involved, embroideries of the Yi ethnic minority are reputed as the “wearable history”. Luo Jun, a skillful lady from the Chuxiong autonomous prefecture of the Yi minority in central Yunnan, not merely inherits traditional methods to create embroideries from past generations; she has even set up an ethnic clothing company, dedicating herself to bringing these folk arts out of the hometown and popularizing them among urban consumers.

There is an old saying in Chuxiong that “once a girl knows how to walk, it means she is able to dance; and when she can eat with chopsticks herself, she must have been deft at stitching already.” It is not exaggeration to say that almost every girl from Yi family would be asked to learn embroidery from an incredibly young age. Luo, for instance, started the practices with her grandma when she was only 5. As a handicraft requiring over ten different stitches to complete, Yi embroidery must be as challenging to her as to any other girls of this age. 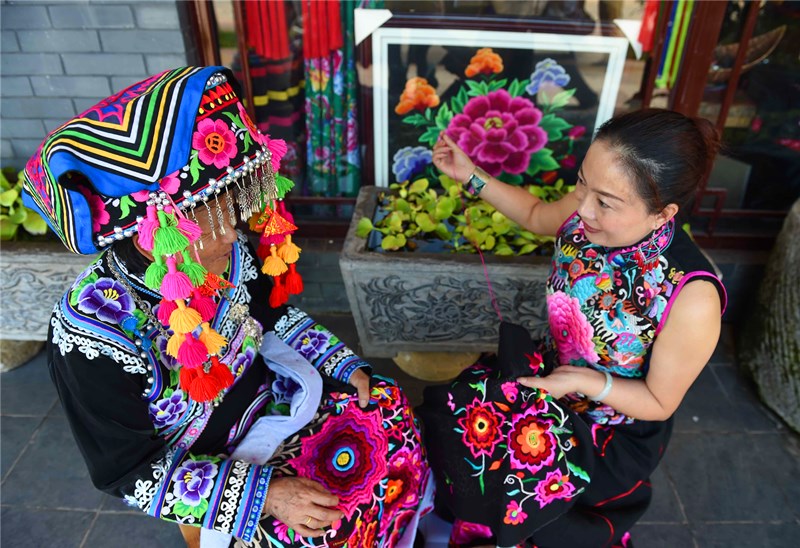 “I still remember that nearly all my spare time was occupied by embroidery when I was a little girl,” Luo said. “But you may not believe it, I felt happy with what I was doing.” She even made a record of stitching over 8,000 times in one day! Besides her diligence, Luo is an imaginative person who can constantly draw inspirations from the nature around, such as plants, wild animals and birds. This is perhaps one reason to explain why her designs have always been characterized by various geometric forms and colors in great contrast with each other.

Luo Jun has already been named Embroidery Master of Yunnan province and the Inheritor of Intangible Cultural Heritage of her prefecture – Chuxiong. “As an inheritor, I feel it is my responsibility to let more people know and be surprised by our embroideries,” she said. Having a company called Miyilu, she now remains direct contacts with over 3,000 individual embroiders across Chuxiong. 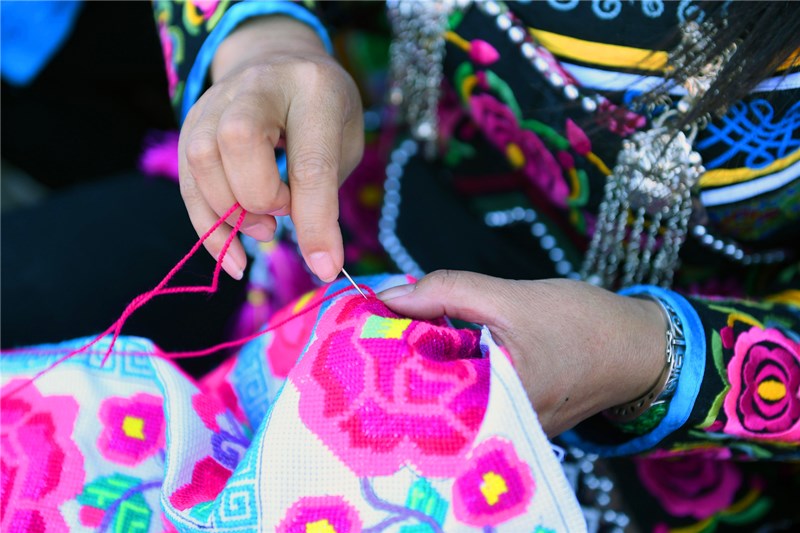 “In order to expand the market, we got to “industrialize” our embroidery production first,” said Luo Jun. Miyilu thus has employed an model which brings individuals, several cooperatives and itself together. The company’s chief responsibility is to collect products from embroiders and sell them en masse for a more competitive price. This has indeed been demonstrated as a feasible and efficacious means to improve the livelihood of local females over the past decade.

On the basis of traditional Yi embroidery techniques, several attempts have been made by Luo and her company to incorporate modern elements into the designs. One can always find a well equilibrium between tradition and fashion, and aesthetics and usefulness on their products. “Traditionally speaking, Yi embroidery would not contain colors apart from black, white and red. But now, we encourage our embroiders to experiment new ideas like azure, purple and even golden brown, which have been proved more popular among young consumers,” explained she. In addition, Miyilu has recently developed a range of creative products containing embroidery patterns, such as purse, mouse pad, suitcase and handbag. Luo Jun said with confidence: “I believe our products will soon reach the greater market.” 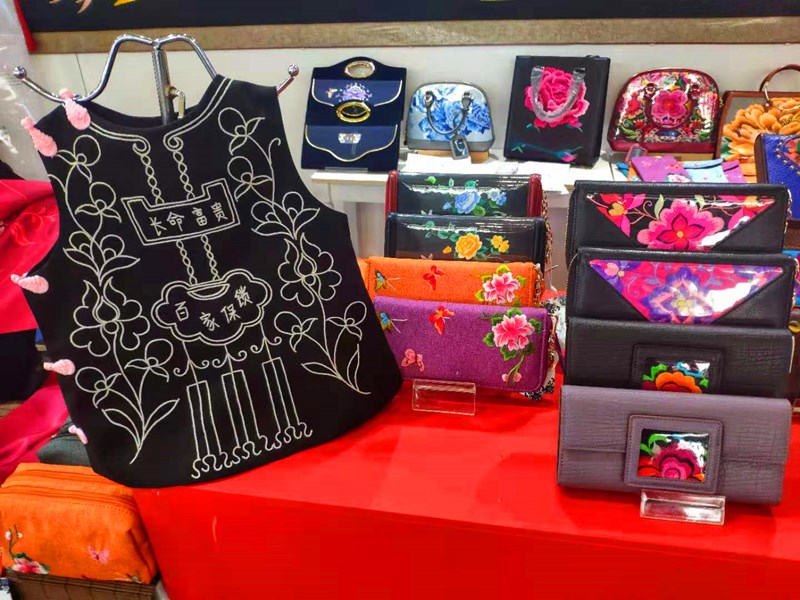 Earlier this year, Luo took her Yi embroideries to the 2019 Yunnan Creative Cultural Industries Expo. Their products – which combine traditional techniques with stylish designs of today – were welcomed by both domestic and international customers, especially young people. Luo Jun told us: “Consumers love our embroideries even more once we tell the stories behind.” “Ethnic cultures are not exclusive to native residents. Instead, they need to be known and appreciated by more people out there,” she continued, watching her pavilion being packed with customers.