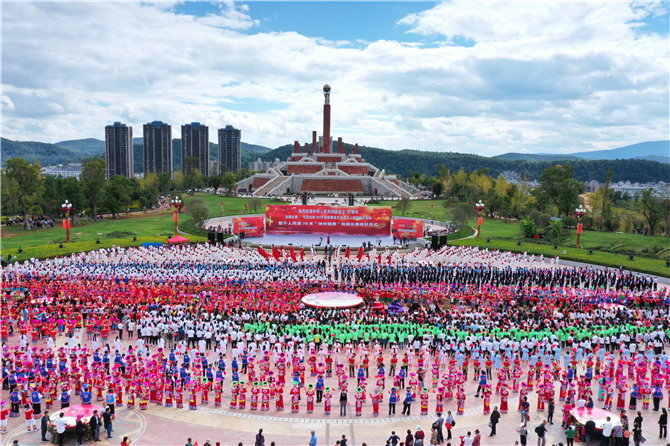 An embroidery scroll, which is 70 meters long, was finally completed in Chuxiong City, central Yunnan’s Chuxiong Yi Autonomous Prefecture on October 1 as people across the country are holding various activities to mark the 70th anniversary of the founding of the People’s Republic of China(PRC). 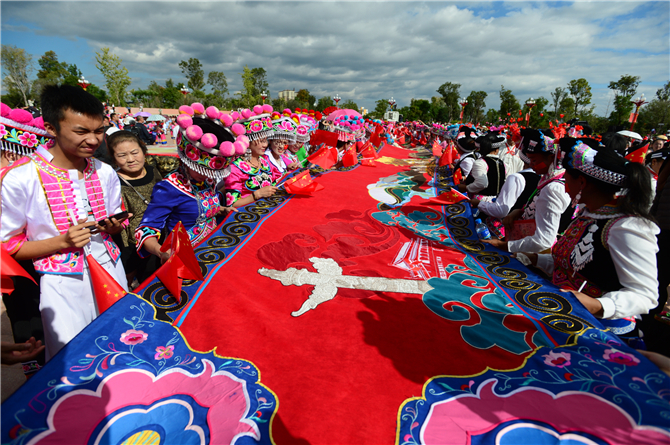 The scroll is named “Shenzhoujinxiu” which literally means “Splendid China”. Its length 70 meters symbolizes the 70th anniversary of the founding of PRC. The completion ceremony was held as part of the series activities of the “Silk Road, Colorful Yunnan” 2019 Ethnic Costumes Competition Cultural Festival opened on the same day. 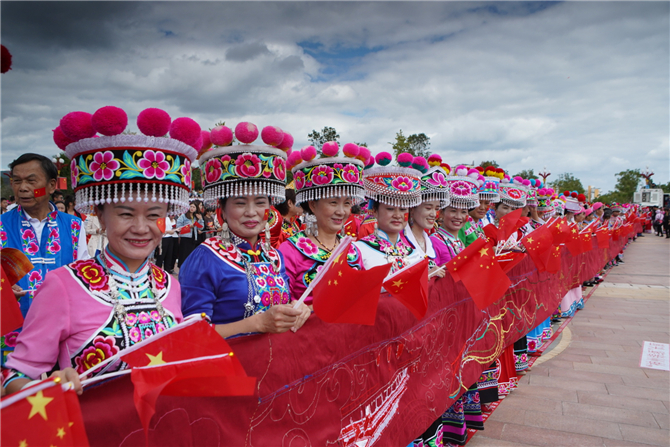 Starting from this February in Yongren County of Chuxiong Prefecture, more than 1,000 embroiders from Yi ethnic group had participated in the creation of the artwork. During the completion ceremony, eight skilful embroidery women finished the last stitches. 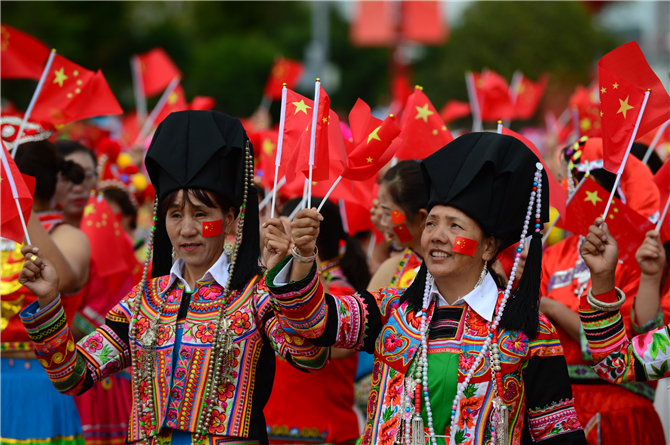 The scroll has more than 40 patterns including ornamental columns, the Tian’anmen, the Yangtze River, the Yellow River, landmarks of Hong Kong, Macao and Taiwan. At its four corners, there are four pomegranate flowers, symbolizing all ethnic groups of China embracing each other as if they were the seeds of a pomegranate.