Mengzi(蒙自) is one of the cities under the jurisdiction of Honghe Autonomous Prefecture in Yunnan Province. Mengzi is also the center of Honghe autonomous prefecture and the core area of south Yunnan central city. Located in the southeast of Yunnan. Mengzi covers an area of 2228 square kilometers, basin area is 544.2 square kilometers, 24.4% of total area, main urban area is 30.8 square kilometers. There are provincial economic development zone and provincial Honghe industrial park zone in Mengzi. Mengzi has jurisdiction over 7 towns, 2 townships and 2 ethnic towns with 10.2 billion yuan of GDP in 2012.

1. Minority Culture: There are Han, Yi, Miao, Zhuang, Hani, Hui and other minority groups in Mengzi. Among them, minorities are 55.09% of the total population.

4. Local Specialties: The most well-known specialties in Mengzi are crossing the bridge rice noodle and pomegranate. Mengzi is the “Hometown of Crossing the Bridge Rice Noodle”, “Hometown of Pomegranate” and “Famous City of Chinese Special Food”.

Other Destinations in Mengzi

As the capital and economic center of Honghe Hani and Yi Autonomous Prefecture, Mengzi has the development potential of tourism. Also, there are many natural landscapes and cultural landscapes in Mengzi. Tourists can not only enjoy natural scenery like Nanhu Lake Park, Bisezhai Village, Wenlan Park, changqiaohai Scenic Area, but also experience profound Chinese history in Yingzhou Pavillion瀛洲亭, Yuanshidong Cave缘狮洞, Ancient Architectures of Jade Emperor Pavilion and Mengzi Former French Concession. With beautiful scenery and pleasant weather, it is an ideal place for tourism. Besides, there are [...] 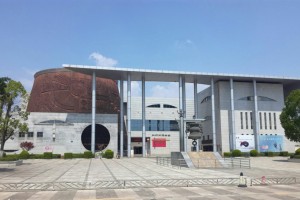 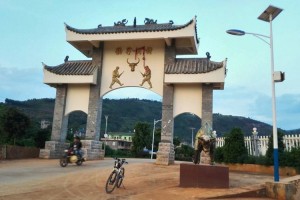 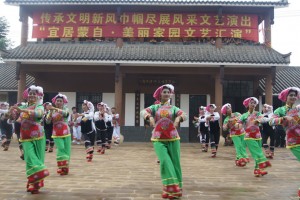 Mengzi is named as "China's Most Potential Tourism City", come and travel in Mengzi won't disappoint you since there are a lot to explore there. In Honghe Prefecture, any tours are related to two hot destinations, Jianshui and Yuanyang. Mengzi tours are no exception. Mengzi is dominated by Han nationality and ethnic minorities making up 55.09% of the whole population. In addition, there are various historical sites, ethnic villages and towns, natural landscapes in Mengzi City. Therefore, our Mengzi tour packages are involved in [...] 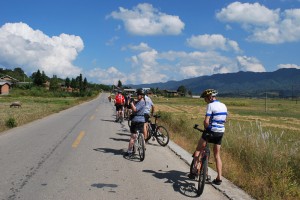 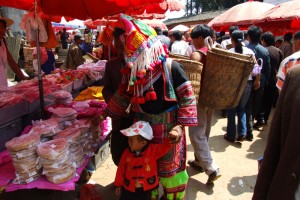 Mengzi is located in low-latitude plateau, enjoying subtropical monsoon climate. In Mengzi, rainfall in summer is much more than winter. 1. Precipitation and Temperature Annual average temperature in Mengzi is 18.6℃, extreme maximum temperature and minimum temperature are 33.8℃ and 2.9℃ respectively. Frost-free period is 337 days, and annual rainfall is of 815.8 mm. Annual average sunshine duration is 2234 hours. 2. The Best Time to Visit Mengzi If you want, travel in Mengzi is available all the year round. However, most of places in [...]

More Mengzi Climate & When to Go >> 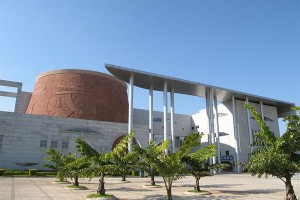 Mengzi city is the important channel from China’s southwest inland to southeast peninsula region. It is located on the junction of two sectors of China southwest region and southeastern countries, as well as the central node of Kunhe(Kunming-Hanoi) international economy corridor. Yunnan-Vietnam railway and Trans-Asia railway(Kunming-Singaport) pass through the whole city, Kunhe(Kunming-Hekou) and Guanglin(Guangxi-Lincang) express highway intersect vertically and horizontally in Mengzi. Honghe Mengzi airport is under construction. The airport is located in Daguoxi Village (大郭西村), Yuguopu Town (雨过铺镇). Modern railway, highway, [...]

Mengzi City is dominated by Han nationality and ethnic minorities making up about 55.09% of the whole population. Ethnic minorities include Yi, Miao, Zhuang, Hani and Hui, etc, living in Mengzi for generations. Each ethnic group in Mengzi created its own festivals. Here below are some festivals and activities in Mengzi. 1. Huashan Festival of Miao Ethnic Minority苗族花山节 Huashan Festival in the annual grand festival for Miao people of Honghe Prefecture. Miao people in their festival costume get together, bullfighting, singing, dancing and climbing flower [...] 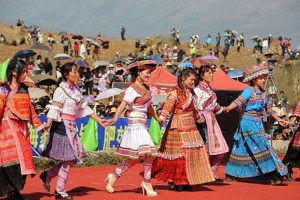 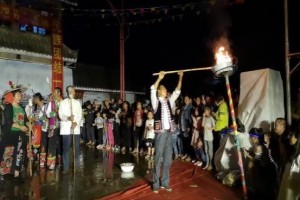 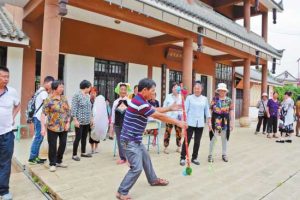 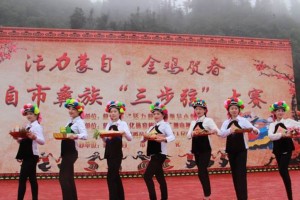 Mengzi travel tips provide some considerations when traveling in Mengzi City, which can help you to prepare a trip. Useful Numbers Fire: 119 Police: 110 Ambulance: 120 Postal Code: 661100 Tourist Service: 12301 Weather Forecast: 121 Area Code: 0873（+86） Consumer Complaint: 12315 Telephone Number Inquiry: 114 Tourist Complaint: 0873-3727680 The Best Time to Visit Mengzi Enjoying the subtropical monsoon climate, tour is available all the year round in Mengzi. However, in order to avoid the moist and hot summer, the best time to travel is March to April and September to December. In winter, with clear [...]

If we go to somewhere new, maps are good helper for us. To help you have a better understanding of Mengzi, we provide you different Mengzi City maps including Mengzi transportation map, Mengzi region map, Mengzi location map and Mengzi tourist attractions map, etc, through which you can probably know how to get to Mengzi and what to discover there. [...]

Finding a favorable hotel to stay in Mengzi is not a problem as there are a lot of  hotels ranging from luxury hotels to the budget hostels. In this part, we will list some hotel information. We guarantee you a secure and efficient reservation of hotels with the affordable price in Mengzi. For detailed hotels information, check the hotels as listed. Hotel Name Address Phone Number Guanfang Hotel红河官房大酒店(5-star) No.8, Nanhu South Road, Mengzi蒙自市南湖南路8号 0873-3660999 Xin Da Jun Yue Tian Xia Hotel蒙自信达君悦天下酒店 The Crossroad of Jinhua Road and Chaoyang Road, Wenlan Town, [...]