Menglian Dai, Lahu and Wa Autonomous County (孟连傣族拉祜族佤族自治县) is an autonomous county under the jurisdiction of Pu’er Prefecture, Yunnan Province, China. Menglian County is connected to Lancang County in the east, Ximeng County in the north, and Myanmar in the west and south. The boundary line is 133.399 kilometers long. As of 2012, Menglian County administers 3 townships, 3 towns, an area of 1893.42 square kilometers; registered population of 127,870 people.

Long History: Before the middle of the first century AD, Menglian was the territory of the Dai Ancient Country “Mengdaguang” (勐达光) (“哀牢国” in Chinese).
Multi-ethnic Settlement: By the end of 2013, there were 21 ethnic minorities including Dai Lahu and Wa in Menglian County, and the minority population accounted for 86% of the total population.
Abundant Natural Resources: It is abundant in biological resources, mineral resources, and water resources.

Other Destinations in Menglian County

Menglian Dai, Lahu and Wa Autonomous County (孟连傣族拉祜族佤族自治县) is an autonomous county under the jurisdiction of Pu'er Prefecture, Yunnan Province, China. Menglian County boders Lancang County in the east, Ximeng Wa Autonomous County in the north, and the west and south parts of Burma. Its border line is 133.399 km. As of 2012, Menglian county administers 3 townships, 3 towns, an area of 1893.42 square kilometers; registered population of 127,870 people. Within the territory, there are over 10 scenic plots [...] 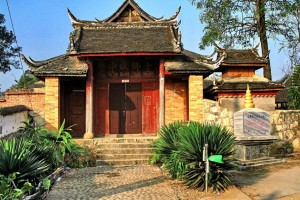 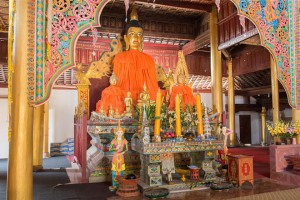 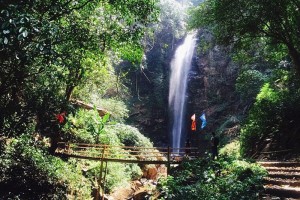 When you traveling Pu’er, Menglian County is a good place to be put on your list. It can be joined in whatever your Pu’er tour or Yunnan Tour. Come to Menglian  Pu’er, take XishuangBanna and Puer Ethnic Market Discovery Tour, Dianhong Black Tea and Puer Tea Culture Tour, XishuangBanna Tea Culture Exploration, and Grand Yunnan Ethnic Minority Tour. If you prefer, contact our consultant and we can adjust the itinerary of our prearranged routes or we can just tailor-make your own kind of Menglian County Pu’er Tour. [...] 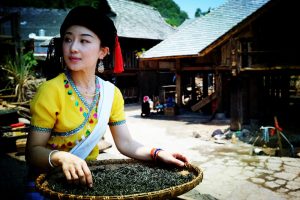 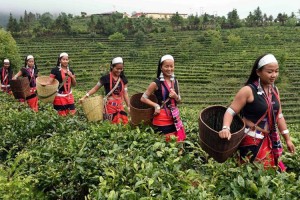 Climate in Menglian County The climate is warm and temperate in Menglian. When compared with winter, the summers have much more rainfall. This climate is considered to be Cwa according to the Köppen-Geiger climate classification. The average annual temperature is 21.4 °C in Menglian. In a year, the average rainfall is 1347 mm. The driest month is January, with 8 mm of rainfall. In August, the precipitation reaches its peak, with an average of 259 mm. The warmest month of the [...]

Menglian Dai, Lahu and Wa Autonomous County (孟连傣族拉祜族佤族自治县) (referred Menglian County) is located in southwest Yunnan Province, is under the jurisdiction of Pu'er City, is the gateway to Myanmar, Thailand and other Southeast Asian countries, an important gateway for the provincial open ports. How to Get to Menglian County By Air 1. Lancang Jingmai Airport Lancang Jingmai Airport is located in Donghui Town, Lancang County, Pu’er and is 30 kilometers away from the seat of Menglian County, which is the closest airport away from [...]

At the end of 2013, Menglian Dai, Lahu, Wa Autonomous County was home to 21 ethnic groups, including Dai, Lahu, Wa .In the same time, the festivals and activities in Menglian County are diverse. 1.Dai Water-Sprinkling Festival(傣族泼水节) The Dai Water-Sprinkling Festival is a New Year's Day for the Dai, and the proverb is called "Jinbimai", which is held every year in the first month of the Dai calendar (mid-April of the Gregorian calendar). 2.Hulu Festival(葫芦节) The Hulu Festival is a grand festival of the Lahu people. On the 15th October of the lunar [...] 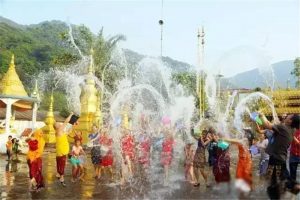