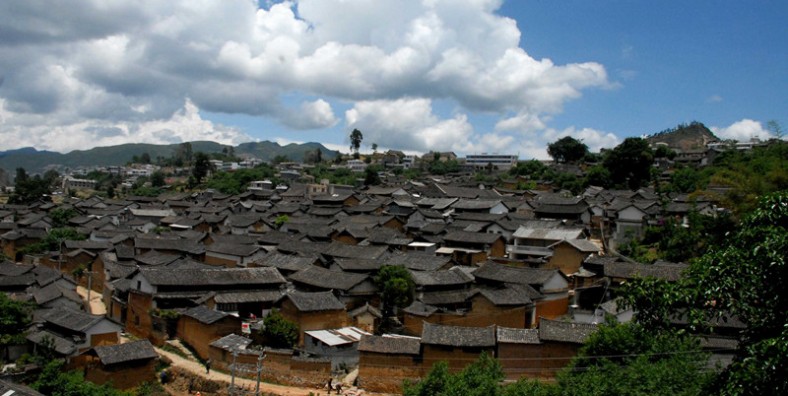 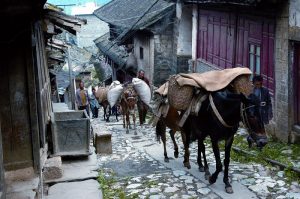 As the most important town of the Ancient Tea Horse Caravan Road in the past, Lushi Ancient Town is situated in the northeast of Fengqing County, about 84 km from the county seat. With a population of more than 2,300, Lushi is the co-inhabited by nationalities such as Chinese Han, Yi, Miao and Bai etc, among whom Yi is the “aboriginals”. Lushi Ancient Town is known for its long history and profound culture. The street was expanded a lot because of the contacting caravans. The local architectures were influenced by the traditional residences of Bai ethnic minority and Nanzhao Kingdom. Lushi Ancient Town is the important place for the discovery of Ancient Tea and Horse Caravan Road.

Why is Lushi Ancient Town so special?

How to get to Lushi Ancient Town?

Lushi Ancient Town is 82 km from the county seat of Fengqing County. Travelers can drive for 150 minutes to Lushi Town. Most parts of the road to Lushi are asphalt roads. It enjoys the good condition.

Lushi Old Town is known for its long history and profound culture. It has been listed into the book “Chinese Famous Old Towns” as one of the “100 Chinese Old Towns”. In the ethnic language of the Yi People, “Ah Lu” means “a small town”. In 1598, an “Ah Lu Si” (governmental office) was established. When it came to the Republic of China (1911-1949), “Ah Lu Si” had been renamed into “Lu Shi” which remains the same till today. There is an ancient passage in Lushi Old Town that came into being in the early 14th century. The passage used to serve as the linkage between the inland of China and the frontier areas in Southwest Yunnan. To the north, it can connect Kunming Area while to the south it is a passage for access into Myanmar and the Southeast Asian Countries via Shunning and Zhenkang. In the Tang and Song dynasties, Lushi was an important part of the South Silk Road and had developed into a dak on the Ancient Tea-Horses Trail (Road) in the Qing Dynasty and the Republic of China.

Trade on the Ancient Tea and Horse Road 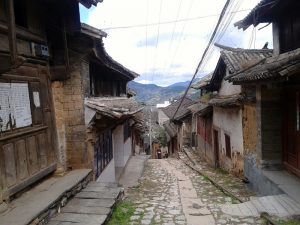 Lushi Town, because of the history of the Ming and Qing Dynasties before the opening of Myanmar, Thailand commerce and the ancient Silk Road, is ideal for business. The reason for regime change and war, the mainland officials, tycoons, businessmen, artisans constant movement frontier, in the light of the history of Lu climate and environment in the strategic advantages, they then choose to settle here. Mainland people Laji bring advanced technology and social civilization, and promoting the history of Lu local construction, textile, food and handicrafts and the development of religious, cultural prosperity.

Lushi Town, 800 meters long, 538 meters wide north-south, with a total area of 430,000 square meters. The Lancang River and Lu Shun Ningfu a history of the town at two halves, the history of the Mainland officials to send flow Shun Ning, or all-Zhuguan to the Mainland, can only rely on Mang Kaito, rhino from the ferry crossing. Qing Emperor Qianlong 26 (1761) Governor Liu Jing Shun Ning Zhifu soil in the construction of Tsing Lung Bridge Akiko found that Kinmen and Matsu on the Lancang River at the foot of the mountain, this is the first grand Shun Ning Qing Dynasty architecture, but also in the Lancang River has three Old Bridge still preserved the only steel bridge.

Tsing Lung Bridge, upon completion, traffic has been further development, and promoted Lu to the prosperity of the local economy. Silk fabric foreign yarn, cotton cloth, salt and other products and the local tea, walnut, fungus and other native products were sent to the distribution center for the transaction. 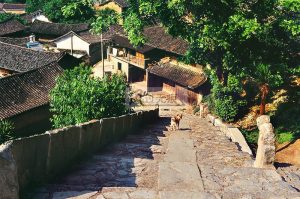 Located in the northeast of Fengqing County, Lushi, called as the Alusi beafore, evolved from the history of indigenous ethnic languages. Lushi Ancient Town is one of the ancient buildings with relatively preservation and large scale in western Yunnan. Generally speaking, the layout of the street and the style of construction of the houses have strong religious and cultural characteristics. Enjoying the long and profound history, the caravans frequented the town for business. The expanding street formed a unique layout, with Sifang Streer as the center.

The residential building is mainly based on the courtyard of the north of China and the style of the south of Yangtze River. Influenced by diverse architectures, most houses enjoy the courtyard, garden and many traditional decorations like couplet and poems.

Lushi Ancient Town is a well-preserved ancient town, without a large-scale and complete commercial tourism. There are no luxury and star-level hotels. You can live in a hostel or farmhouse in the ancient town. The price is relatively cheap, and the local residents are very enthusiastic.You can also return to Fengqing County for accommodation.

Please protect the environment and the old architectures.

If you want to stay in high-quality hotels, please get back to Fengqing County or Lincang City.