A portrait of one of the essential personality of hinsoire puerh, Zou Bing Liang (邹炳良), one of the greatest figures of tea with whom I had the chance to speak at length. Founder and director of Haiwan Tea Industry, Zou Bing Liang is also known to have been part of 70 years in the handful of people responsible for the development of fermented puerh as we know it today. It is thus now considered a leading expert from the fermentation of puerh, but focuses on his shoulders the legacy of large state factories and it is a living symbol of the blending, or the art of assembling the various sheets Tea cakes in order to sculpt their aromas. 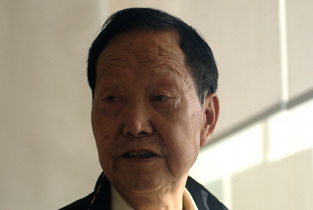 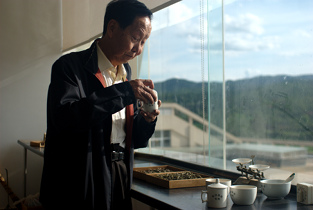 Born in 1939, 10 years before China became the People’s Republic of China, Zou Bing Liang in 1957 between the famous Menghai Tea Factory, where he spent 40 years. It is then 18 years, and it is within this temple of modern puerh and bathed in the atmosphere of the large factories of the communist state that Bing Liang Zou will make his tea and learning gradually become expert in art complex puerh tea production.
In the sixties Zou Bing Liang gradually asserts itself as one of the few personalities of the research department of Menghai Tea Factory. From 1963 to 1965 he participated in research concerning the production and grading black tea (red tea in China), Yunnan being at that time best known for its black tea, especially produced by Menghai Tea Factory.
In the early 1970s, began in Yunnan to look more deeply at the phenomenon of aging and post fermentation puerh, especially to meet the Hong Kong market where puerh is consumed only old, and where, empirically we begin to experiment and practice methods of accelerated aging of this tea in a humid atmosphere. It is in this context that in 1973 Zou Bing Liang is sent by Menghai Tea Factory in Guang Dong to study the methods of artificial or accelerated fermentation which constitute the beginnings of Wo Due (渥 堆) puerh fermented and modern. The same year he published the first technical book retailer and theorizing the production of fermented puerh and pose as production rules and standards for scientific approval which refer. This is particularly the research that is attributed to the entry of products Menghai Tea Factory on the Hong Kong market, the products of this era are now highly sought after teas. 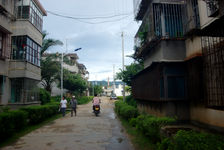 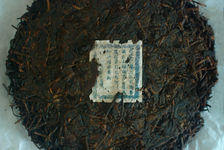 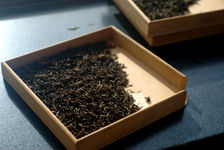 Besides his great contribution to understanding the phenomena of post fermentation and control of this fermentation, Zou Bing Liang is recognized as one of the great masters of the assembly that, with the fermentation, is undoubtedly one of pillars of puerh modern. A number of factors, such as the largest land and harvest seasons to more subtle, such as daily changes in weather conditions, the inaccuracy of the gesture at harvest and craftsmanship of the leaves, or storage of leaves before compression are indeed the raw material (Maocha) something non-homogeneous. If we compress the Maocha well as it comes, we run a high risk not only of differences of a wafer to another, but also a lack of balanced taste of these cakes. The principle of the assembly is therefore, after a thorough check of each sheet, including their size (grade), reassembling the past according to recipes to produce specific tea not only uniform but also to obtain a better balance in taste, the color of the infusion of the leaves and aesthetics, but also allows a certain extent control the price of tea production. And if the essence of the assembly is a practice of the noblest, the concept of mixing in the hands of unscrupulous producers, however, soon reduced to a method to lower the prices of production “cutting” of raw material quality with cheaper leaf, which of course affects the image of this subtle art. 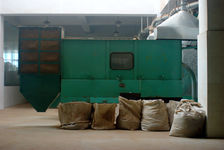 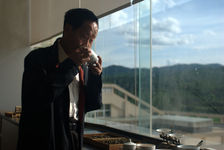 For Zou Bing Liang and Ms. Lu Guoling (卢 国 龄) with which it will melt Haiwan Tea Industry, assembly and its recipe is the most important step in producing a refined puerh. If the quality of the raw product shines through the recipe, it’s the latter that creates stability and consistency of the product. In an article about this very famous, Zou Bing Liang expressed in 12 words (扬长避短, 显 优 隐 次, 高低 平衡) vision of the technique and recipe. This is first of all for him to highlight the strengths and avoid defects (扬长避短). According to the land, the character of each tea garden, altitude or harvesting seasons, each Maocha (leaves worked but not compressed) has its strengths and faults, and the issue is precisely the recipe to use the strengths of each to improve the fault of others. The second big point is to show the beautiful and hide unsightly (显 优 隐 次): For each grade of leaves (leaf age on the tree, or in other words leaf size) are analyzed eight key factors (size, weight, length, level of fermentation, etc.). If in these pages some have such a high quality taste but are unsightly to the eye, it should be mixed harmoniously with others, which will take place on the face of the plate and improve its appearance. The last major area of ​​the assembly according to Zou Bing Liang finally consists in balancing the quality of individual leaves to get something centered (高低 平衡). 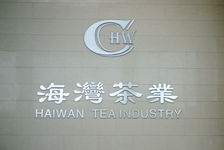 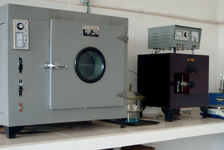 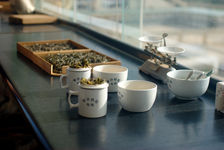 In 1996 Bing Liang Zou leaves Menghai Tea Factory, which became a private company, and founded two years after Haiwan Tea Industry, with Ms. Lu Guoling, another former Menghai Tea Factory which she held the position of Deputy Director, after more than 30 years with the company. Since then he has not only the direction of Haiwan, but is also responsible for fermentation and all the assemblies of the multitude of puerh developed by the company. In the Mouth of Zou and Bing Liang is the room mixtures and analyzes, in the heart of the factory and where he seems to spend the bulk of his days. From there arrive continuously samples of all leaves and finely chosen by Haiwan sorted according to grades 12 sheets, but also samples of all teas in fermentation, from the fermentation unit based in Menghai . It is here that these sheets, after being thoroughly analyzed shall be gathered, compared, gouttées, to develop new revenue but also to touch shortly to ancient recipes. Because a recipe is not precisely defined, but a mixture is primarily defined by its character, aroma, appearance, and if we want to preserve its identity and should be touched up every year, depending on the particular characteristics of the raw material and this year and climatic variations.
Source from: http://www.puerh.fr/en/article/zou_bing_liang.htm